I’m obsessed with that show on NBC, “Who Do You Think You Are.” I’ve always been really fascinated by genealogy, and I think it’s pretty cool the amazing things some of these celebs have found out about their pasts; like Tim McGraw’s ancestors housed a then 16 year old George Washington for a night, or Sarah Jessica Parker’s relatives were the last to be spared at the Salem Witch Trials.

Probably just as corporate sponsor, Ancestry.com, hoped, I have fallen into their little evil plan lately, and have taken a look back at my own history.

I’ve always thought it would be cool to really go back and trace the steps of my great great great’s, see the town they lived, or even the house, it could be a profound way to connect with the past.

One of the cool things about this, is that for most of us Americans, our family heritage goes back to some other country, Europe, Africa, Asia, the Middle East, etc, so it can open up places we never heard of or ever thought we could visit. But, on the other side, since many of us have been “American” for a few generations, there are always some homegrown places to visit as well.

For example, I grew up in Boston, and as far as I knew, my mother’s side of the family all originated in Ireland, but had lived in Boston (specifically Charlestown) for generations, going back at least with my grandparents parents.

I found my great-great grandfather, Nicholas, arrived in Boston around 1880 from Waterford, Ireland (add that to the list), found Charlestown and stayed put. So, fortunately, both my grandparents and their families grew up just a stones throw from the Bunker Hill Monument, and the USS Constitution.

Nicholas worked in the Navy Yard (maybe on the Constitution herself), and finding that information, I totally see Charlestown in a new light. Even though I’ve been there countless times for family functions, looking at the census records from 1900-1930, I was able to get addresses, to see the places my family lived, and thankfully, since Charlestown is now considered such an historic area, many of the homes are still standing.

Since Charlestown, Massachusetts, isn’t the most exotic of places (sorry, nana and papa), and I found out what I could thus far about my mom’s side coming from Waterford, Ireland, I figured, I check out my dad’s family.

What I do know is my dad is Portuguese and French Canadian from my grandparents, but what I didn’t know was that the French Canadian side of my family were BORN in Quebec in the mind 1600s, which means they were kind of some sort of kick ass explorers (one might think), and had to come here from France in wooden boats, taking months to cross the Atlantic, pretty mind blowing!

So yea, a trip up to Quebec would be pretty nice, I haven’t been since said French class field trip back in the 8th grade where we were forced to order in French at McDonald’s of all places, uhhhh le Macdo s’il vous plait.

But, the jackpot location is the Azores, a little archipelago a whopping 930 miles from Lisbon, how the hell they found this place floating around in the middle of the ocean is beyond me, but I’ll go with it. Beyond the fact that this place has to be cool because Anthony Bourdain did a No Reservations episode there, is that it is gorgeous.

Every year my grandparents would take a trip over to Portugal, stopping at the Azores first, then Lisbon before heading home, and now I can see why. The Azores has 100% made it to my bucket list, and now I wish I had asked them if they went to visit relatives (on my grandmother’s side) or just to appreciate the beauty.

My advice to you, if this is something you are interested in, is to try to find out something about your past and make a point to visit. Maybe you had a relative who was in the Civil War, then take a long weekend trip to Gettysburg, and walk the battlefield, beyond learning something, it could be interesting to walk in your ancestors footsteps.

As I’ve shown above, it can all start at home, but if you do get a chance to travel abroad, think about hitting up a place from your family’s past, I’m sure some of the little villages in the world are a lot more relaxing and could be more interesting than the big city, and you never know you might run into a long lost relative! 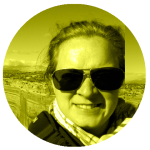